In 1973 photographer Susan Meiselas’s exhibition Carnival Strippers offered people a behind-the-scenes look at the world of exotic dancers. Over the course of three summers, Meiselas snapped images of the women dancing from various points of view. Accompanying the photographs in the exhibition were audio clips that bridged the gap between perception and reality: “…I was actually positioned in the place of feeling these voices should be heard, they should self-define as to who they are and their economic realities,” Meiselas said during a talk at the Museum of Modern Art in NYC.

Photographer Adrienne Raquel’s latest photography series, Onyx, on show at Fotografiska New York until August 29th, follows a similar theme. In an interview with GQ, Raquel stated that the show’s intention is to rid “people of any preconceived notions they may have about Black women and Black beauty.” (Which raises the question—who is the intended audience?) Later on in the interview, Raquel added, “These women are more than just beautiful bodies and sexualized objects…it’s more than ‘showing ass for money.'”

Walking through the exhibition, Raquel appears more enamored with the strip club, not the dancers who keep it running. (Even the show’s title refers to the club, while Meiselas alludes to the dancers in her exhibition’s name.) There’s no narrative context to help viewers make sense of these women and their worlds; their personhood is blurred and filtered by the lens rather than placed into focus.

With this show, Raquel aims to use photography to fight against the stereotypes formed by past photographs of strippers; ones that are gritty and harsh. I understand the impulse to correct historical wrongs, but the crate that this argument rests on isn’t sturdy. If you want to prove that someone is worth being recognized, does that mean they weren’t worthy before you arrived? What happens when you turn a woman into a visual echo of your personal moral imperative? 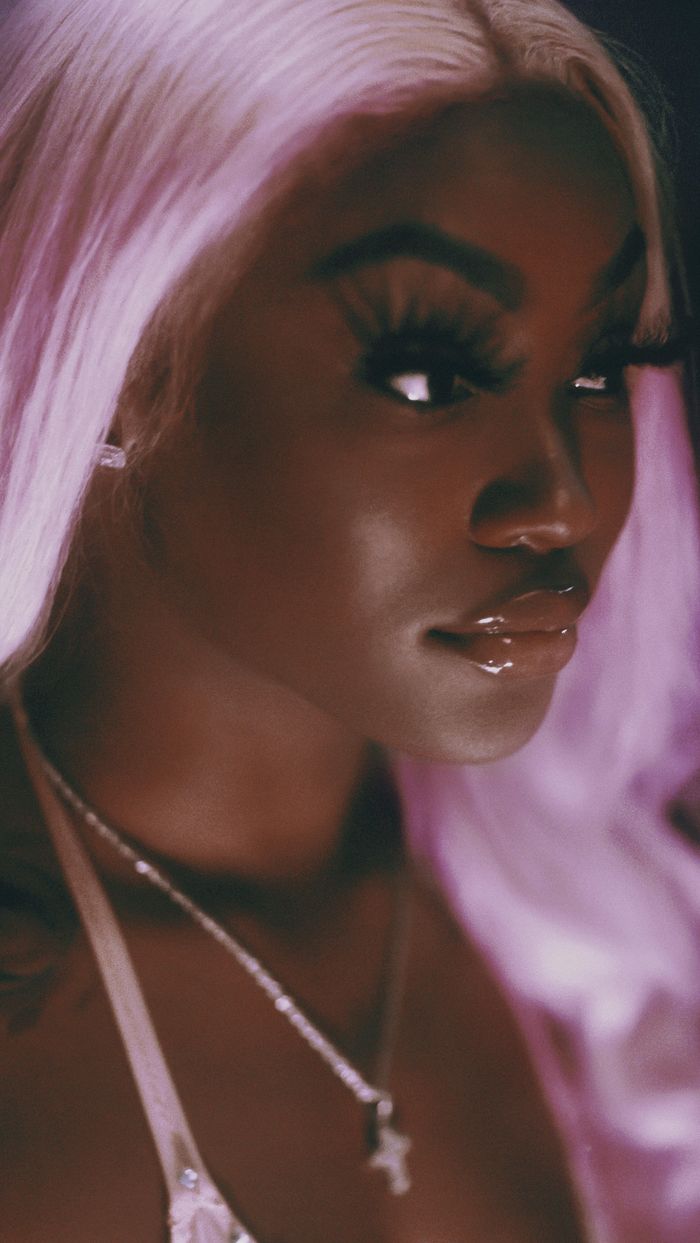 Raquel first picked up the camera as a college student in Houston, after her family moved to the city the year before. The concept for Onyx came to her in 2017; her family was celebrating her aunt’s 50th birthday and a detour led them to the infamous strip club. The next day, Raquel knew she wanted to photograph these women. “I wanted [people] to see things from an alternate perspective,” she said in the aforementioned GQ interview. “To see the realness in these women, and the beauty, and the uniqueness, and the individuality.” Raquel returned to the club in November 2020, and over the course of two weeks—a timeline cut short from the original three months because of the pandemic—she shot images of the dancers onstage and behind the scenes.

The atmosphere of the gallery is meant to replicate the energy of Onyx: Raquel created a custom playlist that blasts songs like “Tina Montana” by Megan Thee Stallion and “No Type” by Rae Sremmurd while visitors navigate the dark space lit only by spotlights. However, if the artist’s intent was to show the dancers in their most authentic state, how does one see clearly if the smoke and mirrors are still there?

A range of cotton candy hues cover the images in the show. “I use warm, vibrant hues and soft lighting to accentuate the innate details and subtleties that make each of the women that I photograph unique,” Raquel said during an artist talk at Fotografiska New York, moderated by Antwaun Sargent, a director and curator at Gagosian.

“Where Dreams Lie” shows Kali, one of the dancers, sliding down a pole against a bubblegum-pink spotlight’s residual glow, pausing midway down so as to grace us with the pleasure of gazing at her silhouette. “Coming Down,” an image washed in red-colored tones, zooms in on the hyper-feminine curves of dancer Hawaii. The remaining photographs lack the nuance and depth that color can impart; the lighting technique is at its peak in Moonlight, Barry Jenkins’ 2016 film. “We wanted to embrace the tension of that beauty juxtaposed with the very dark things that are happening to the characters in the story,” Jenkins said in an interview. No moral imperative is attached to these details.

At one point during the Fotografiska talk, Sargent asked Raquel how she navigated the issue of gaze and how she avoided objectifying the dancers. “My point of view is inherently different,” she replied. “The idea of objectification is above my head and not possible because I’m a Black woman shooting Black women.” While I do believe that sharing a similar marginalized identity does decrease the likeliness of overt blind spots, I don’t believe that it rids you of them; it takes a great level of self-awareness to 1) recognize the damaging viewpoints one has inherited, and 2) put an end to the regurgitation. Raquel believes that she is not reflecting the male gaze in this collection, and I agree: She’s depicting the male glance, a phrase coined by Lili Loofbourow. “It is dangerous because it looks and thinks it reads,” she writes. “The glance sees little in women-centric stories besides cheap sentiment or its opposite, the terrifically uninteresting compensatory propaganda of ‘female strength.'” Loofbourow goes on to state:

The male glance is the opposite of the male gaze. Rather than linger lovingly on the parts it wants most to penetrate, it looks, assumes, and moves on. It is, above all else, quick. Under its influence, we rejoice in our distant diagnostic speed. The glance is social and ethical the way advice columns are social and ethical, a communal pulse declaring—briefly, definitively, and with minimal information…Rather than investigate or discover, we point and classify.” 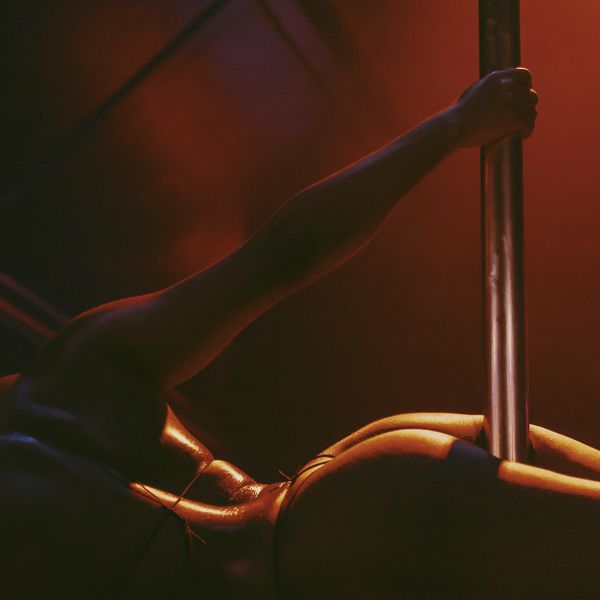 While in conversation with Sargent, Raquel stated that the moments captured on camera weren’t contrived or planned. However, during the Q&A portion of the talk, she mentioned that there were moments where she did tell the women how to pose. This isn’t necessarily an issue—one can find morsels of truth through invention. But the photographs did little to construct a world and articulate the women’s place inside it. Raquel intended for the close-up images of embellished acrylic nails and sky-length lashes to portray the nuances in each woman’s personality while also highlighting their beauty, but snapping photos of the mundane scenes backstage would’ve made this narrative stronger. With beauty rituals, intimacy is created and nurtured in the in-between—when one woman helps another glue on their press-ons, or when one dancer helps another adjust their wig. Those moments of shared labor are where bonds are built; failing to illuminate them left the images empty.

Women—exotic dancers or otherwise—are always under surveillance. In Ways of Seeing, John Berger argues that a woman “is almost continuously accompanied by her own image of herself…thus she turns herself into an object—and most particularly, an object of vision: a sight.” The scenes that construct the never-ending performance that is our lives are composed of small movements we make when we know we are being watched; it’s akin to Du Bois’s theory of double consciousness: “It is a peculiar sensation…this sense of always looking at one’s self through the eyes of others…”

The exhibition lacks three-dimensional rendering of any of the women, giving viewers a photographic version of their stage personas. By fixating on recreating the glamour and the fantasy of Onyx, Raquel drapes the dancers in a cloak of performance, obscuring them even further. 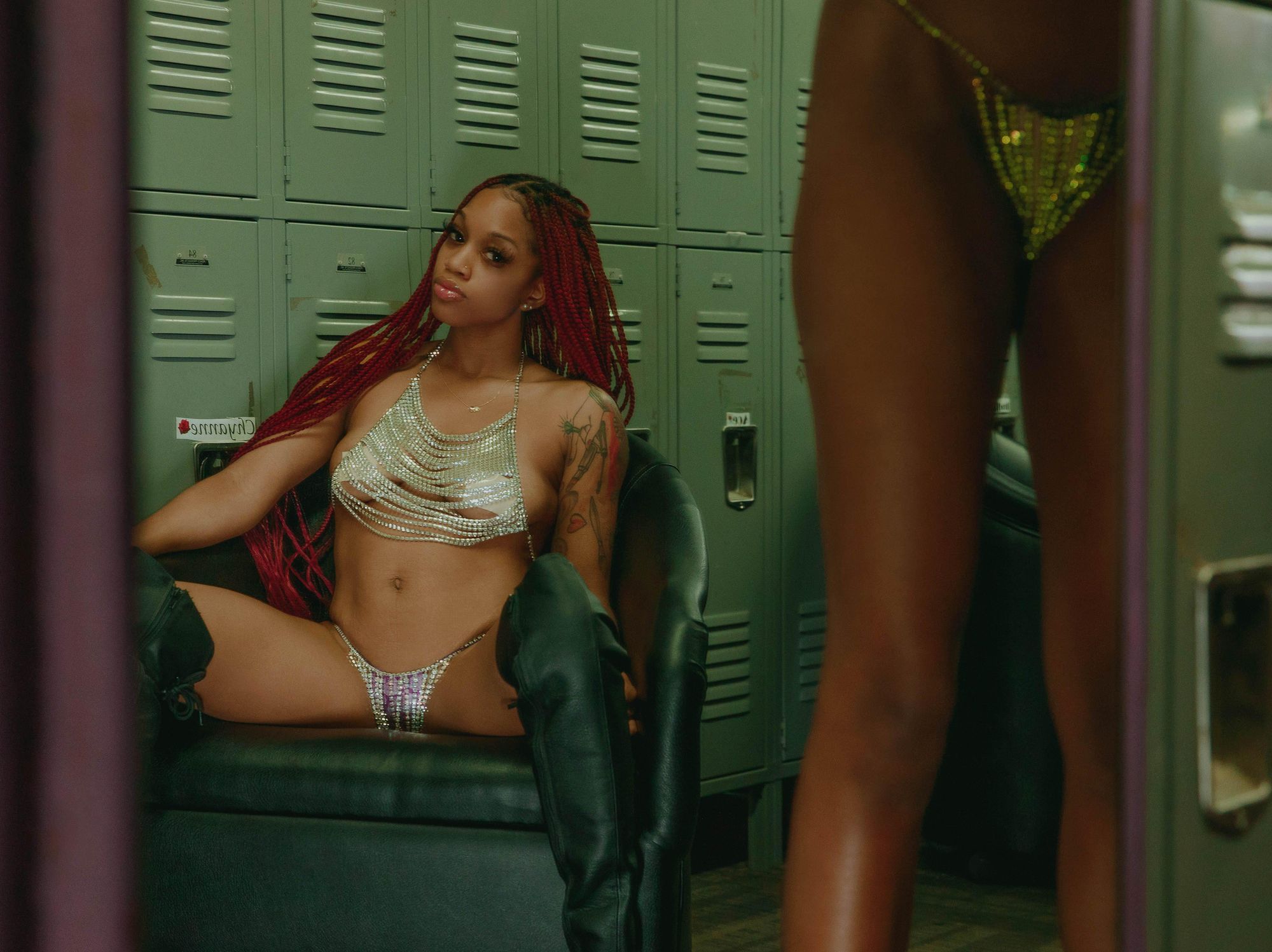 Towards the end of the exhibition, there’s a quote from a dancer named Kai on the gallery wall (the only words “spoken” by any of the women). “Everything is not what it seems. Mind the business that pays you. Stay true to who you are, someone’s going to love it.”

She’s right—everything is not what it seems, regardless of the artist’s intention. To quote poet Terrance Hayes, “Don’t mistake what it is for what it looks like.” Photographer or not, the performance continues; there’s money to be made; the show must go on.